I only seem to have attended two costume events this year, the 1830s picnic, and the holiday tea, which we again "held" at Gore Place. And by "held," I mean, we just sort of show up at their tea in period dress!

The only unfortunate thing was that we got a ton of snow over night and into the morning of the tea. Of course! This meant I couldn't wear my festive red canvas boots, but I'm just happy the snow ended and was cleared in time for the tea to still carry on! I'm also happy that I've lost enough weight to fit into some of my things so I didn't need to scramble around and make something new. In fact, I had options. I laid them out and of course, a cat happened! 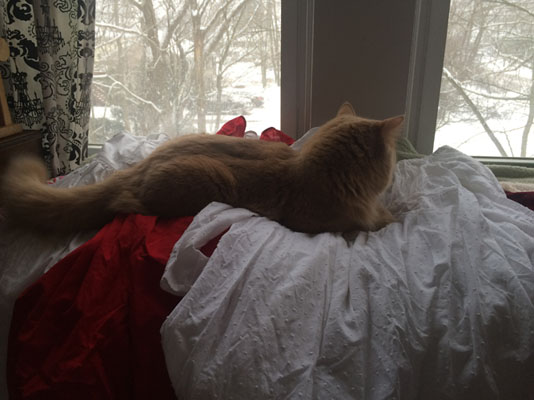 In fact, I had so much time to spare, not having any last-minute sewing to do, that I actually curled my hair and tried to do something with it! I never have time to bother about hair! I ended up doing a curly, glorified ponytail with the ends pinned to hide the fact that it was a pony tail, and added some vintage millinery trimmings I had in my stash. Sorry for the lousy bathroom picture, but this was apparently the only picture I got in which you can come close to seeing the back of my hair. 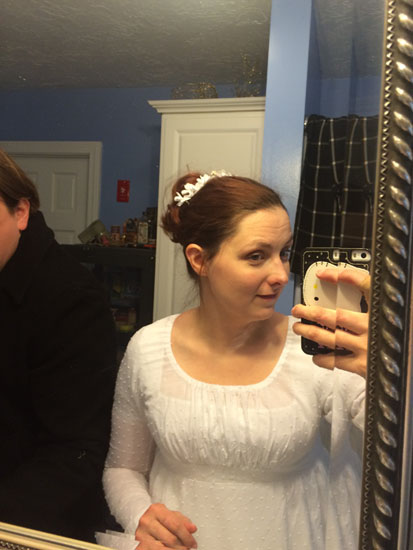 I still haven't managed to get my husband pumped for dressing in historic costume, but I love that he's willing to go along to this event anyhow! So off we went. . . 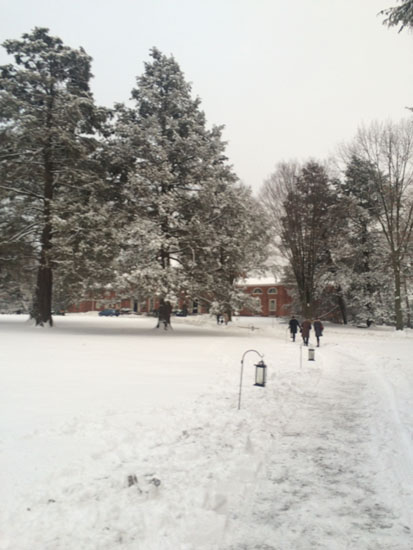 How beautiful is this?!? I am seriously in love with Gore Place. If you've never been, it's totally worth it.

I braved the cold for a snowy picture outside. I have yet to make period-appropriate outerwear for this era, which is a fact I only recall once per year, on the day of the Gore Place tea! I really must make it one of my 2017 costume goals. . . 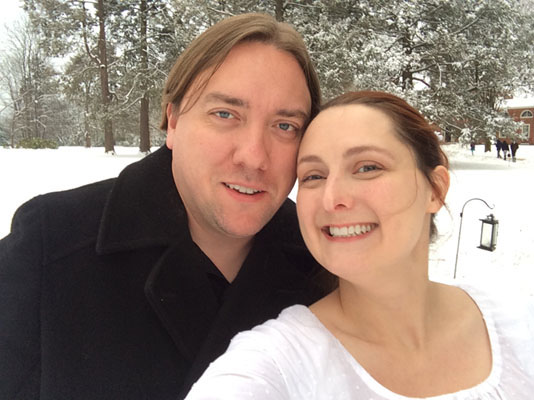 My handsome fella and I! 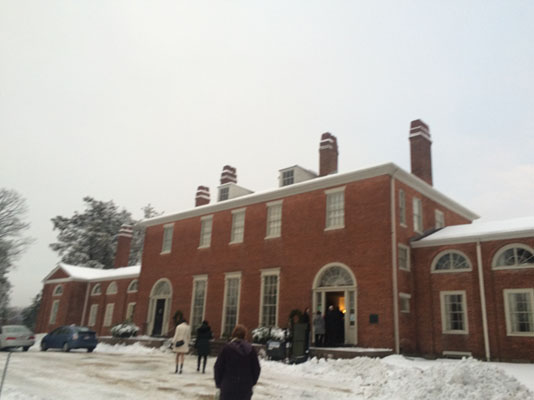 We were among the first to arrive, and waited in what was once the Gores' laundry area, but is now a little gift shop. It faces the driveway so was a good place to watch other guests arrive! 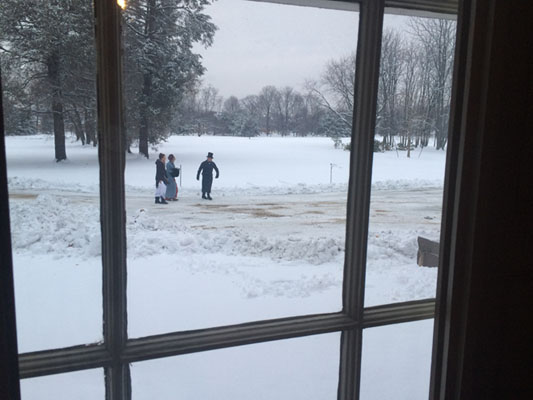 I took no pictures of the actual tea part of the day! You'll have to take my word for it that all the food was delicious and beautiful, and the setting, perfection! 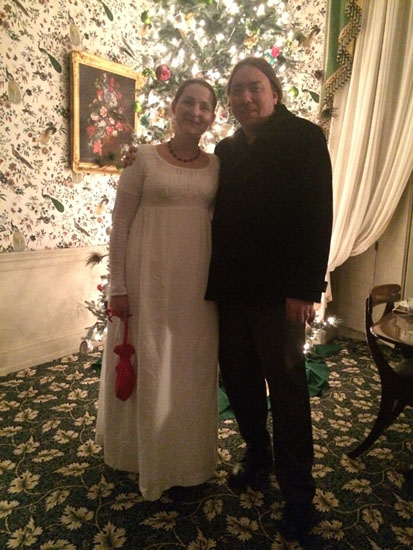 Afterwards, we snapped a few pictures in front of the Christmas tree, which, while not something the Gores would have had, does add a festive feel! 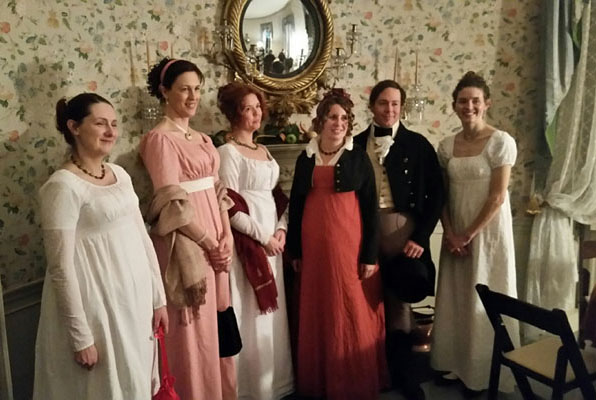 Look how big a group we had this year! A few established friends, plus a few folks I'd not yet had the chance to meet. I think this is our largest group at a tea yet. Don't forget to add one, since Glenn was too busy taking the picture to be in it! 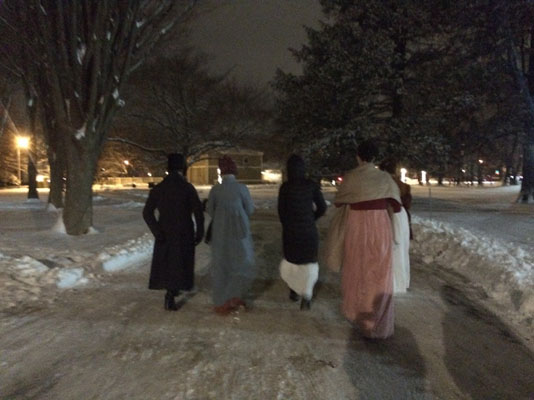 And then it was time to go and return to modern life! I am already looking forward to next year, and maybe by then, I'll be able to convince my husband that period clothing is the best. I think it helped that he got to see a gentleman in period dress at this tea, which backed up my promise to him that this era can be done without tights or lace. I think I'm just going to make an ensemble and see if the whole "if you build it. . ." philosophy applies to period costume! 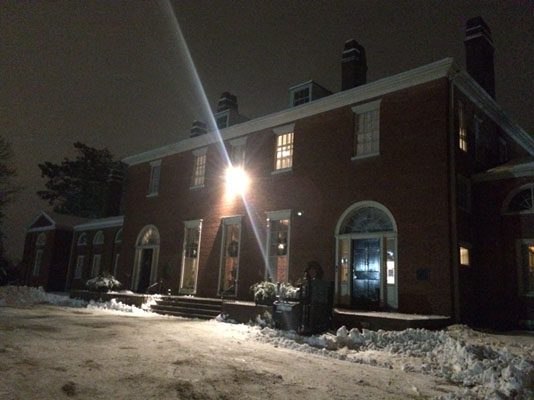