This year, I got distracted from costuming by fun new things like making dolls, and also by a couple of "small business" ideas I have (one of them being launching a small line of historic underpinning patterns, the first of which I hope to publish before the end of January 2013) but I still managed to make some new things this year! 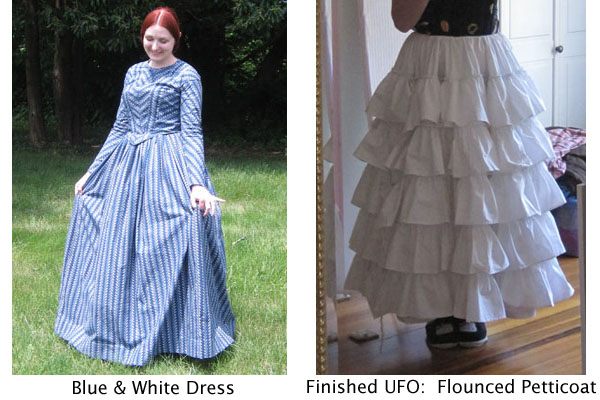 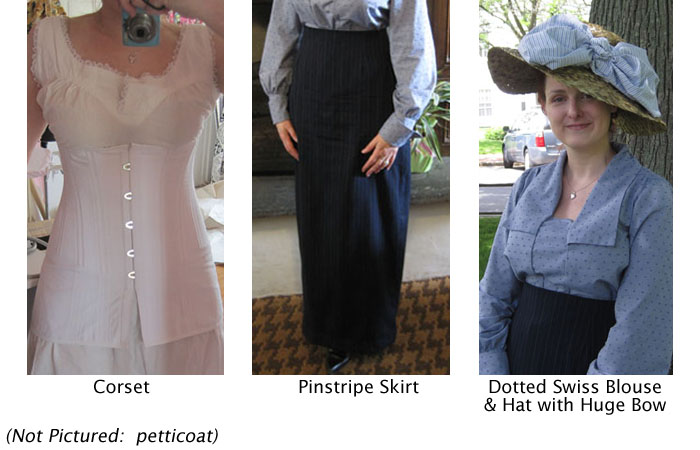 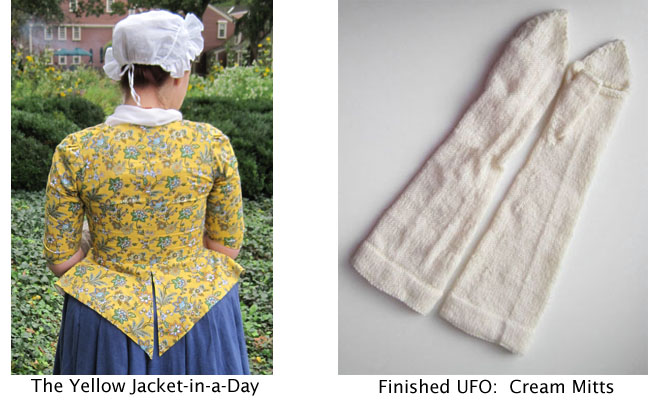 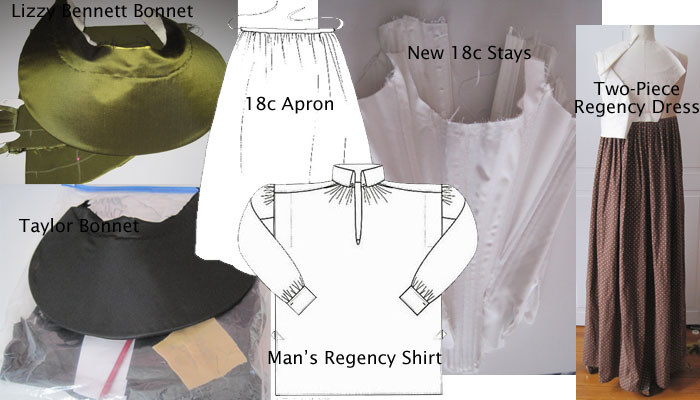 Some things, I only patterned, but never made up, either because I got busy working on other projects, or because they are for my future pattern line. . . I don't have a picture of these as a result, but they are:
- 1910s bra (download for free!)
- 1910s princess petticoat
- 18th century side hoops

All in all, a pretty good year! I'm really excited about some of my 2013 plans, but I won't be posting about those until tomorrow! Have a safe and happy New Year's Eve, everyone!
Posted by Jenni at 5:38 PM 2 comments:

I finally got around to seaming my cream 18c mitts the other day. Hooray for a finished project! I really need to block these, as you can see where the needles sat for a while without seeing any progress. ;) 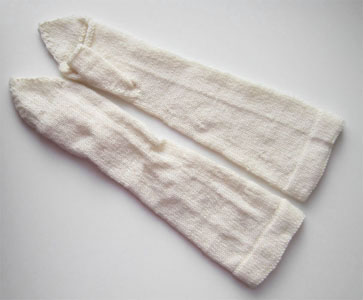