A couple of weeks ago, I had an heartbreaking disappointment which left me feeling pretty down in the dumps. I did all the things that generally cheer me up (ironed a bunch of fabric, organized the sewing room, and made more double-fold bias tape than you can shake a stick at), but ultimately decided that I deserved to treat myself to something special and frivolous. I decided I would at last purchase the Wooded Hamlet crinoline kit! It's the perfect frivolous choice for me since it's pricier than I would regularly spend on an underpinning, and I have already made at least three crinolines for myself rendering it not really necessary!

Once I'd decided I would make that fabulous crinoline, I clearly needed a whole new underpinning set to go with it! So, one thing led to another, and I ended up ordering a ton of white fabric, plus some other fabric and random supplies for upcoming projects.

Then, over the weekend, we went to Brimfield, and this happened: 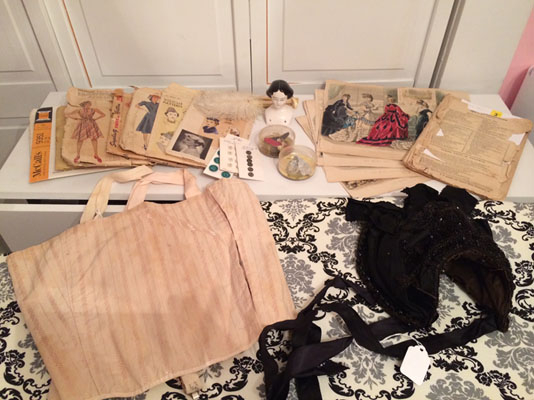 This Brimfield trip was one of the best yet, aside from it being terribly muddy! I got the best deals (such as 1930s dress patterns and 1950s hat patterns at $1-$2 a piece!) and found way more than I usually do (as the picture proves!) I'm probably most excited about that c. 1880s bonnet, which is stunning and absolutely covered with amazing beadwork, and which my husband negotiated down to $25. Amazing! I am most definitely going to be making a repro of that at some point in the future!

So, it's been a somewhat pricey couple of weeks, but well worth it because I officially feel back in the saddle again! Also, I won't need to order anything at all for the foreseeable future. Tom & Donna would be proud, I think. ;) 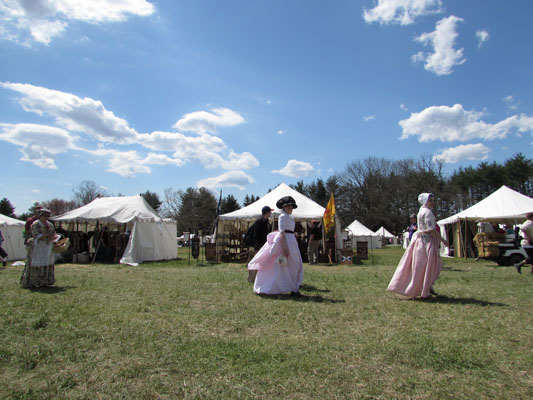 Last weekend, I travelled to Gloria's place and had a fabulous pair of days seeing the sights in DC, and then attending the Fort Fred marketplace on Saturday. I refashioned an old dress to temporarily fit my not-my-usual-size-self by making a quick stomacher and pinning it in, but more importantly, I finished this fabulous, huge, new bonnet to wear with it! 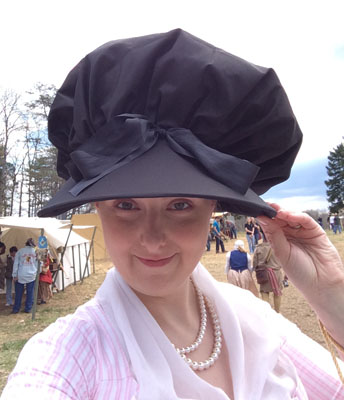 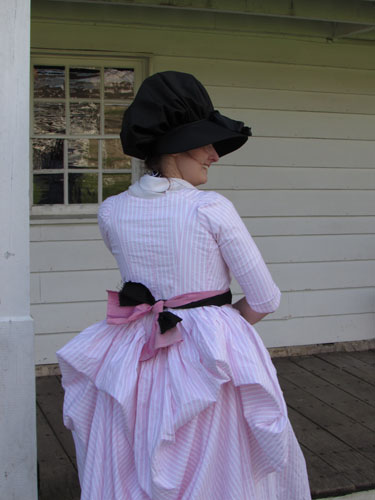 It was so much fun getting to shop in person from all these places I usually only get to see online! 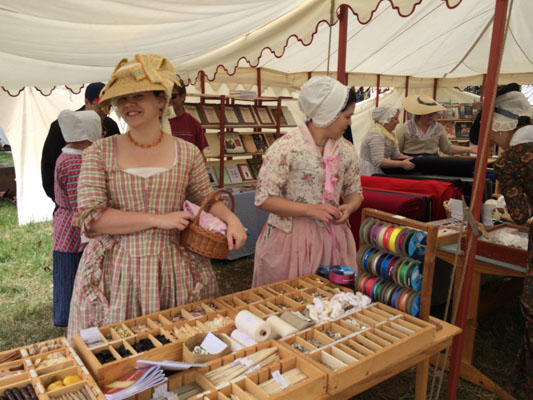 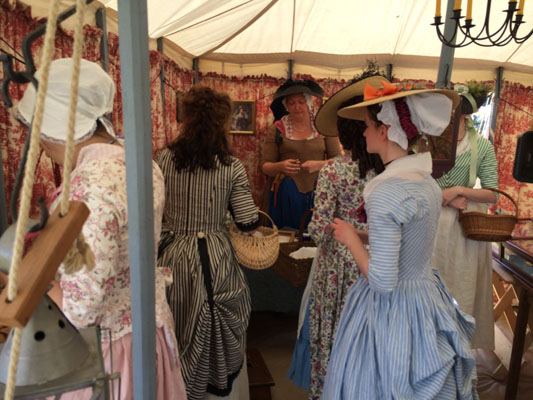 After all kinds of shopping, I came away with a pair of silk stockings and this neckerchief, which Gloria kindly held up for a picture: 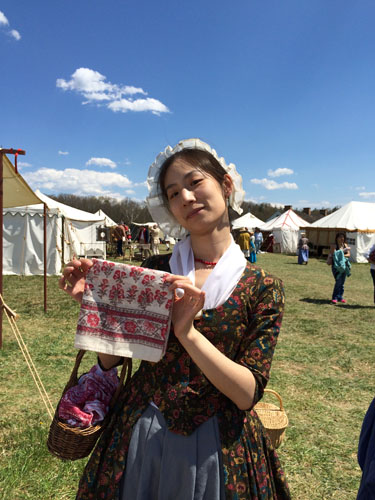 I took a lot of pictures over the course of the weekend, and had lots of pictures taken of me, but this one is by far my favorite, for how very silly it is! 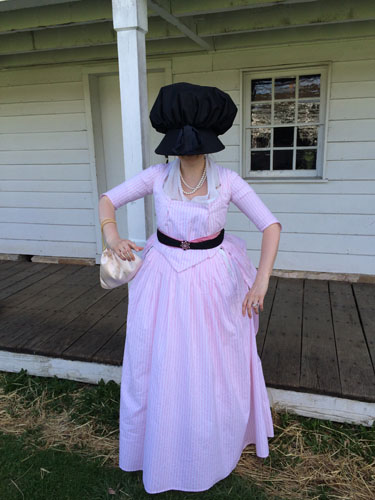 To see more pictures of the adventures and the costumes of all my fabulous friends, please check out the Fort Fred 2014 page on my web site.

Such a great weekend! So many thanks to Gloria for hosting me, and to Taylor and Stephanie for the pictures of me! Hopefully I can make it down for more of the DC area events in the future!
Posted by Jenni at 11:02 AM No comments: